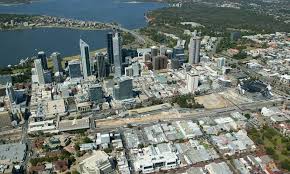 According to the latest data revealed today, the median house price in Perth fell by 0.7 per cent to around $440,000 for June, with only Darwin and Canberra recording bigger decreases in the country.

Apart from Darwin, Perth has also experienced the largest fall for the quarter ending June, with median house prices contracting by 2.1 per cent over the past three months.

For the year to date, median house prices in the Western Australian capital have decreased by 9.1 per cent.

CoreLogic [6] said the trend of weak house prices in Perth has persisted since mid-2014.

On an annual basis, only five of the forty-six capital city sub-regions have recorded a rise in dwelling values over the 2018/19 financial year, with the best performing areas generally confined to areas of Hobart, Canberra, Brisbane and Adelaide and the weakest markets confined to areas of Sydney, Melbourne and Perth,” it said.

Nationally, there was a decrease in the median house price of 0.2 per cent for June.

Sydney and Melbourne experienced rises of 0.1 per cent and 0.2 per cent for June, respectively.

Western Australia’s Wheatbelt and south outback regions were the third and second worst performing regions in the country over the past year, respectively.

“With the onset of winter, it is not unexpected to see a decrease in house sales activity for June, but our analysis shows that Ballajura, Willeton and Bayswater were the three best performing suburbs, with each recording an increase of over 55 per cent in the number of dwellings sold in June compared with May," Mr Collins [7] said.

“Other suburbs to perform well were Canning Vale, Mount Pleasant, Piara Waters, City Beach and Bassendean, which increased over 20 per cent and rounding out the top 10 were Heathridge and Safety Bay with a 15 per cent increase to sales activity growth.”

Under the measures announced this year's budget, Keystart's existing income limits for borrowers increased by $15,000 for singles and couples and by $20,000 for families until December 31 of this year.

The government said the latest Keystart figures show a 75 per cent surge in online and direct enquires to the agency, and 80 applications subsequently lodged by those who had previously exceeded the old income limits and were ineligible for loans.

Premier Mark McGowan [8] said the changes that start today would give more Western Australians the chance to own their own home.

"Our targeted housing stimulus will also deliver a much-needed boost to the state's construction industry, which will create new jobs and support the economy," he said.

But shadow Housing Minister Sean L'Estrange [9] said the Keystart stimulus would not benefit WA in the long-term.

"Getting people to take out a mortgage where they may in turn find themselves in negative equity is not going to support growing jobs into the future," he said.

"Those people will be burdened with debt and they won't have any discretionary consumer spending to be able to go out and spend on the local economy."